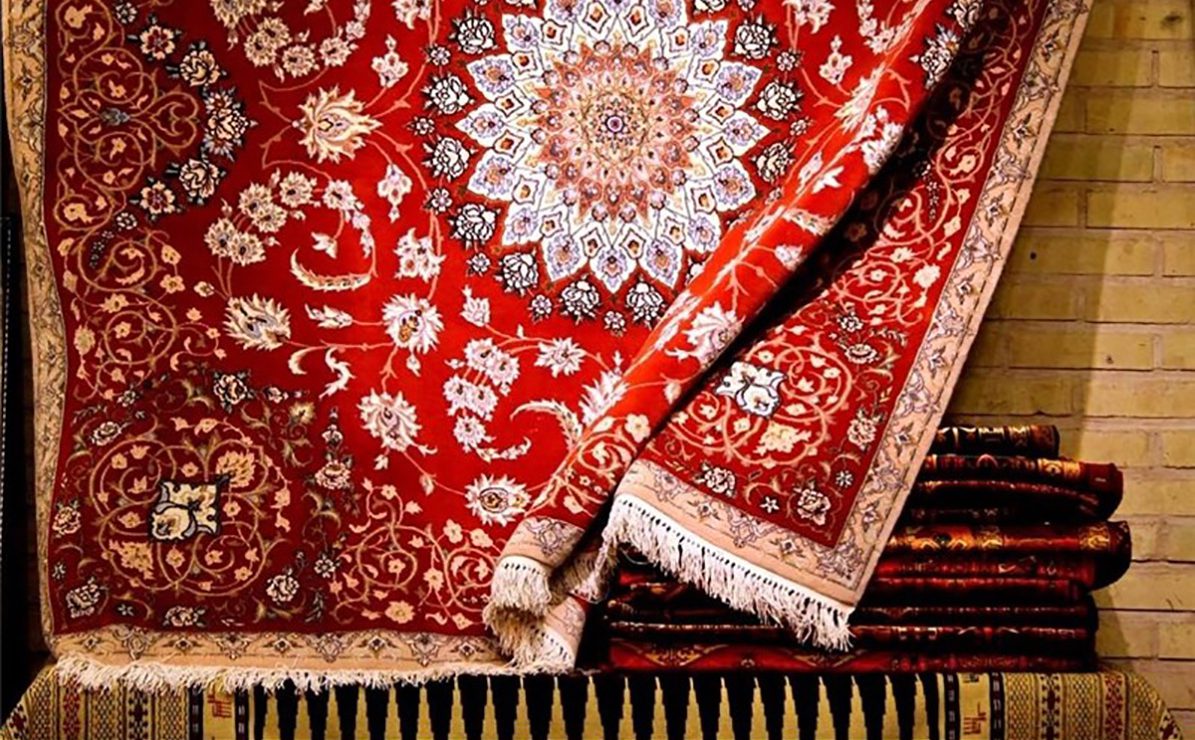 Neolithic man, inspired by natural shapes and mixing water and soil, made the first pottery. Handicrafts are art and products that all or part of the manufacturing process is done by the artist so that in its design, indigenous culture and climatic arts are used. The identity of each country can be found in the culture and history of that ancient civilization. Found, and this identity is part of an ancient story of the connections between the art and civilization of the people of that region. We must admit that it is very difficult to introduce Iranian handicrafts, which have an ancient civilization and noble people. The hospitable Iranian people everywhere in the country with different and sometimes difficult climatic conditions applied art and spread it in their lives. Iran, with its glorious and very deep civilization, is one of the founders of cultural and historical civilization among all countries.

Handicrafts are a basic need for every country and culture and reflect part of their history and lifestyle. Iran has a 5,000-year-old civilization and a rich tradition and culture. Obviously, we see a great variety of arts and crafts in it. But among the works of art, despite the different cultures throughout Iran, we see different works, one of the most magnificent of which is the art of handicrafts, which brings a manifestation of ethnic and national culture to the fore.

Great scholars and writers such as Tyler in the 17th and 18th centuries, introduced art as a combination of the complexities of tradition and culture of a society, with Iran having a rich culture and deep history is one of the pioneers of the industry in the past centuries. It has been until today so that the art of handicrafts has been registered in 3000 different types of art in Iran. 600 handicrafts are registered in UNESCO, of which 450 handicrafts belong to Iran.

The lack of similarity and diversity of Iranian handicrafts has led to developed countries showing a very high desire to buy these industries. Iranian artists, using the mythological and historical symbols of our country and its reflection in handicrafts, have played a very decisive role in attracting demand to buy these works.

According to official statistics, Iran is the 30th largest producer of handicrafts in the world. The dollar value of Iran’s handicraft exports in 2019 is $ 700 million. Interestingly, economists, today see the future of the world economy as dependent on the arts and crafts, and believe that the vast amount of trade and commerce in the future markets of the world will be in the conquest of handicrafts and traditional arts.

Now that we are familiar with handicrafts, we must realize that, among the great diversity of handicrafts, some of these handicrafts have received special attention from Iranian and international audiences and enthusiasts. Some of the most attractive handicrafts in Iran briefly include the following:

Archaeologists and experts believe that the history of weaving and carpet production in Iran dates back to the Safavid period (1736 to 1501 AD). Scholars believe that the 16th and 17th centuries were the beginning of the flourishing of carpet weaving in Iran. About a third of the world’s handmade carpets are woven in Iran, and 30% of the world’s handmade carpet export market is in Iran’s hands.

Handmade carpets and kilims are a symbol that has been a symbol of Iran and Iranians since ancient times, and this popularity has been accepted internationally by accepting Iranian carpets as the most beautiful and highest quality in this field of handicrafts.

One of the oldest technologies in Iran is the technology of producing copper and glassware and shaping with a special design in the past centuries.

The first metalworkers, especially coppersmiths, can be considered Iranians, who called the technologists in this field blacksmiths, who, due to their many capabilities such as disinfection in food, high heat tolerance and beautiful shapes, quickly spread this art in countries. The world became different.

The coppersmith industry in Isfahan, Kerman, Shiraz, Kashan and Yazd has flourished during the Islamic era and until today, so that in most of these cities, one of the markets called the coppersmith market was dedicated to the owners of this art industry. In the blacksmith market of these cities, dozens of blacksmiths made all kinds of copper utensils, tools and objects with the power of their arms and hammer blows. Today, works of this art can still be found in these markets.

These copper utensils with different elements and medical to artistic features have now become one of the most popular handicrafts that Iran has a significant share in this industry and according to published statistics, in 2019 the export of Iran’s copper industry in total It was about $ 20 million, of which about $ 2.7 million was related to the export of copper and copper related handicrafts.

Vitreous enamel with a history of about five thousand years has been used to beautify all kinds of decorations and dishes. This art is a combination of fire and earth that blends with the art of painting to create beautiful designs. According to some experts, following the adaptation of Byzantine Vitreous enamel to Iranian works, this art was formed in Iran and then went to other countries.

Iran is one of the major exporters of Vitreous enamel in the world, which attracts the eyes of every viewer with its delicate art. Iran’s Vitreous enamel exports in 2019 were about $ 41 million, with Italy, Spain, India, Turkey, France, China, Germany, the United Arab Emirates and the United Kingdom being the main importers of Iranian Vitreous enamel.

In a general definition, khatam Kari is regular and colorful polygons on the work surface based on creating a geometric or mosaic-like or triangular design that together or a regular design creates beautiful, eye-catching work.

Khatam Kari is one of the most original and beautiful branches of Iranian handicrafts, the construction of which, in addition to the taste and artistic look of the builder, requires time, precision, patience, and patience.

Iran’s exports in the field of khatam Kari in 2019 were about $ 13 million, and many European and Asian countries have been buyers of Iranian khatam Kari art

Needlework is a very delicate type of embroidery and handicraft. In English, this art is called “Suzani”, which is derived from the Persian word for needle. The origins of this art are attributed to years ago in the nomadic tribes in Tajikistan, Uzbekistan, Kazakhstan, and other Central Asian countries. Balochistan embroidery is one of the best examples of handicrafts in Iran. Evidence suggests that This method of sewing has been common among these people since the beginning of Islam and has reached its peak in the Timurid and Safavid periods.

Needlework is a hand-embroidered work that is immortalized only with the help of powerful hands and creative thinking of artists in the field of fabric.

In needlework, with the help of colored threads, they create different designs on simple fabrics. This is done with the help of needles and hooks. Over time, Baloch women have produced various needlework designs with their creativity and art.

With the global registration of needlework, this Iranian national art is known among international countries. Needlework is a very beautiful art that has been considered by fashion designers, interior designers as well as furniture designers.

In 2019, Iran exported about $ 12 million worth of hand-woven fabrics, most of which were related to the famous needlework of Balochistan

Agate is a small stone with a light color that red, white, and yellow are better. This stone is semi-transparent and has a glass-like luster. Its composition is silica, but elements such as aluminum, nickel, carbon, magnesium, and iron are sometimes found in its composition. Agate is one of the most precious stones in Iran, which is very popular among the people and is widely used in jewelry.

The stone was first discovered in Russia. But later Iran was also known as one of the miners of this precious stone. The most valuable and expensive garnet stones are green. Of course, green colors are also available in two colors, dark and light. Dark green has a higher value than light green garnets.

Lapis Lazuli is another precious stone in Iran. Azure stone has a long history in Iran so that the ancient Iranians used this stone in tiling and making sculptures. It is interesting to know that the more gold dots inside the azure stone and the fewer white streaks it has, the more valuable it is. Some of the best and largest azure mines in the world are located in Afghanistan and the highest quality azure is extracted from these mines and processed in countries such as Iran.

In general, Iran’s exports in the field of ornamental precious stones are about $ 9 million, a large part of these exports are related to the mentioned stones.