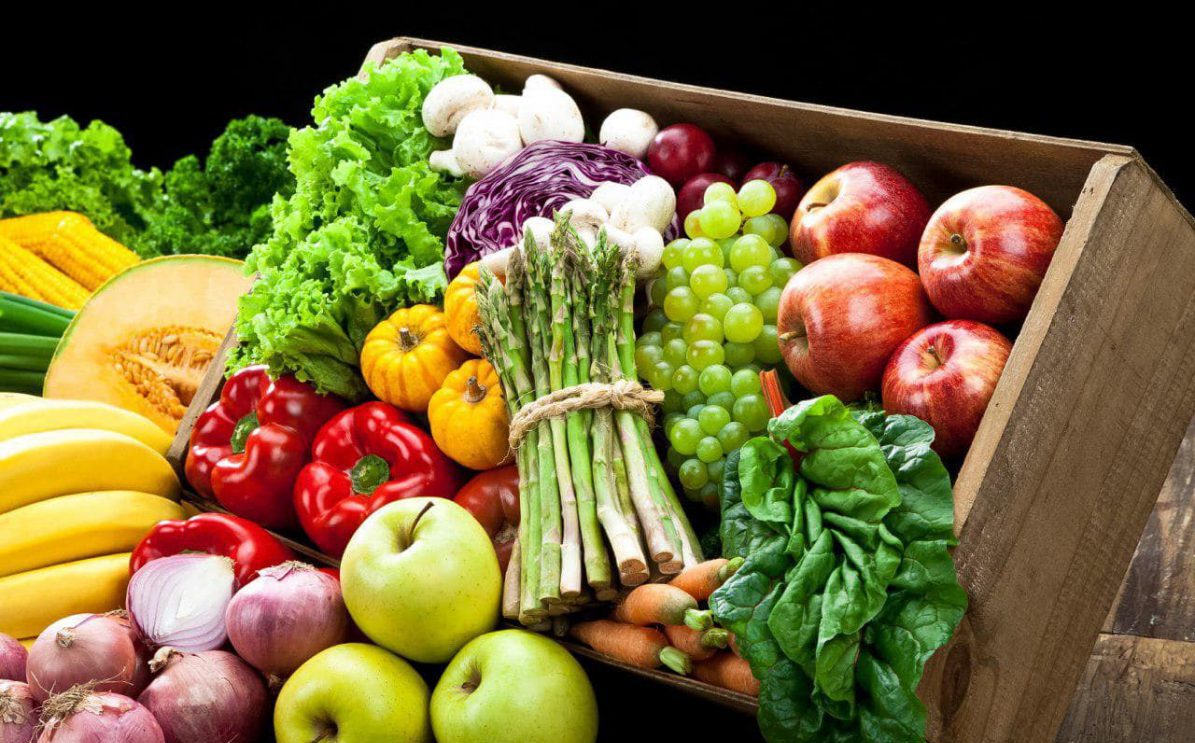 Iran is a country with a variety of agricultural products

Saffron is often referred to as the “Red Gold”. One of the main reasons would be that Saffron is the most expensive and delicate spice in the world. To get 1 kg of saffron, several thousands of flowers are used , and the harvesting period is very laborious , a task performed manually since there is no adequate machinery for harvesting, collecting and processing these ephemeral flowers The scientific name of saffron is Crocus Sativus and it belongs to the Iridaceae family. Some people consider the origin of saffron to be the land of the Medes of Iran.

According to global statistics in 2019, Iran exported 323 tons of saffron, which means that 90% of the world’s saffron is supplied by Iran. Many countries buy Iranian saffron in bulk and sell it in different packaging. Statistical figures show that Iran often supplies the most expensive spices in the world market. Saffron is one of the most important elements in the world, which has gained excess demand in both developed and developing economies. According to recent reports on the saffron market: Hong Kong, Spain, UAE, Italy, Qatar, Germany, China, France, Sweden, the Netherlands, Taiwan, Switzerland, Australia, Japan, Austria, the United Kingdom, Belgium, Canada, Portugal, Russia, Norway, Poland, Singapore and Morocco are the main importers of Iranian saffron. The dollar value of saffron exports in the world in 2019 is $ 211,432,000, of which Iran’s share of global saffron trade is $ 98,481,000.

The use of saffron as a spice in food can be used without restrictions. But in order to use pure and healthy saffron, the necessary studies must be done so that organic products can be presented to the world market in perfect health. In Iran, the Institute of Standards and Industrial Research, as well as the Food and Drug Administration, are responsible for developing relevant standards and quality control of saffron.

The quality of Iranian saffron is studied and tested from various aspects, including physical, chemical, microbial, fungal, etc. properties.

Application of saffron in different industries:

2.Medicinal use of saffron: Saffron or dried stigmas of saffron flowers have many pharmacological effects and is a strong and effective drug. In recent years, research on the biological applications of saffron and its active ingredients has been able to have many clinical and health applications in humans, which are briefly:

3.The use of saffron in cosmetic products: Many cosmetic companies consider saffron to be an excellent ingredient for skin care. The benefits of this precious substance in keeping the human skin and body healthy have made it the raw material for the production of many products in this field. Grapes, as one of the oldest fruits, have been cultivated for thousands of years. Iran ranks eighth in grape cultivation, ninth in fruit production and fourth in the world in terms of raisin production. Raisin dates back to more than 3,000 years ago.

Iranian grapes have different colors, shapes and flavors. In many cities of Iran, different types of grapes come in red, green, yellow and black colors, and each has a different taste and shape. Known as the “Queen of Fruits”, this heavenly fruit is rich in vitamin C and is a powerful antioxidant.

According to published reports, “Raisins are the third major non-oil export of Iran after carpets and pistachios.”

Raisins are one of the most popular dried fruit products in the world. Reducing blood pressure, helping to treat anemia, protecting bones, preventing cancer, providing the vitamins needed, improving vascular function, and counteracting stomach problems are just a few of the countless benefits of raisins. Raisins have always been very popular all over the world.

Iran produces an average of 3 million tons of grapes annually, and with the export of about 58,000 tons of raisins worldwide, it is the seventh largest exporter of raisins in the world.

Iranian raisins are exported to almost 100 countries. But according to the report of the International Trade Center, the most important ones in 2019 are:

In Iran, many standards have been written for different types of raisins. The main purpose of developing these standards is to produce a better and healthier product for domestic consumption and increase competition in foreign markets with products of other countries.

Export raisins that are exported to different parts of the world are used in a variety of foods, salads and nuts. In general, the consumption of raisins has no specific principles and rules. Raisins are combined with fruits such as dates, almonds, apricots and plums and tasted. Raisins are also used in some beverages such as milk.

Raisins are used in chicken feed and various stews. The combination of raisins and yogurt will be unique and enjoyable. Raisins are used in a variety of local, traditional and modern sweets. Grape juice, cookies, biscuits, jams, jellies, grape seed oil are some of the things that can be used in raisins. It seems that the consumption of sweet foods dates back to 10 thousand years BC. At that time, the nectar of flowers and plants was used as a sweetener (except honey, of course). As you know, sugar is bad for your physical and mental health, but there are other ways to satisfy people who love sweets.

The history of palm cultivation in the world has reached more than 5000 years ago and planting palm trees has been common in Iran since the beginning of the Achaemenid dynasty. the palm tree is planted in tropical and subtropical regions including Iran.

Dates have many properties and most importantly, they are a great source of energy when we are tired. New research confirms the benefits of including date fruit in the diet throughout the year. The unique properties of dates can be summarized as follows

Detoxification of alcohol consumption in the body

From the processing of date fruit, various and attractive by-products are produced, which have been considered by different markets of the world and people of different countries with different tastes.

In the cities of Iran, a date called khassui date is produced which, in addition to its nutritional benefits, is used from the leaves and core of this product in the production of biofuels, chipboard paper, animal feed and in general in various industries. The Torah also mentions pistachios. In chapter 43 of Genesis, it is stated that “Jacob, when sending his sons to the court of Joseph the ruler, advised them to bring him some of the produce of their land. Among these offerings are honey, tragacanth, and pistachios.” Various sources express different opinions about the origin of pistachios: a French author considers it native to Iran, Saudi Arabia, and Syria, the Encyclop .dia Britannica considers pistachios to be native to Iran, the American encyclopedia considers pistachios to be from West Asia.

Pistachio is a plant that has long been cultivated in different parts of Iran. The oldest trace of pistachio in the world is a half-burnt piece of wood from the Stone Age, which was found about a thousand years ago around the city of Fasa (Fars province of Iran) and is now housed in the Pars Museum.

Cancer Prevention Because nuts, especially pistachios, contain large amounts of a variety of antioxidants, they are effective in preventing cancer and slowing its progression.

Strengthen the nerves, psyche and nervous system Pistachios contain a lot of vitamin B6 (B6) and these vitamins make essential amino acids, which is why we say that nuts play a very important role in strengthening the body’s nervous system. Have Strengthening the eyes Due to the presence of zeaxanthin and lutein in the constituent compounds, pistachios help maintain eye health and play a major role in the treatment of cataracts and macular degeneration (which occurs with age).

Pistachio anemia treatment with a significant amount of iron and copper, helps the body to build blood and increase hemoglobin levels, and our advice to anemic people is to eat a few pistachios every day.

Pistachio oil: Pistachio oil has a unique taste and aroma and is golden or greenish-yellow. In addition, it contains a lot of linoleic acid, fatty acids, and vitamin E. This oil is an excellent source of biotin, which helps treat hair loss by strengthening the hair. Pistachio oil contains a high concentration of ceramide, which is about 32.7% and has balanced amounts of omega-9 and omega-6 essential fatty acids.

Pistachio butter: Pistachio butter: It is a food product that is produced by grinding and roasting raw pistachios. Normally, 100% of pistachio kernels are used to prepare pistachio butter. It is called paste because pistachio oil is not separated during the production process. And the fat of the product is completely preserved. Also, pistachio paste is an excellent sugar-free dough in European Korean cookies, ice creams, spumoni (fruit ice cream), and other wonderful sweets with a pleasant pistachio flavor. This dough is rich in fiber and essential minerals including iron, magnesium, calcium, and potassium. In addition, this paste is great for vegetarians who are trying to improve their health.

Use of hard and soft pistachio skin in the industry: Tatan is widely used in the pharmaceutical, paint, and leather industries to remove contamination of industrial pistachio skin effluent due to its effective ingredients.

The unique climatic diversity of Iran along with fertile soil has provided a good opportunity to export high-quality Iranian fruits and vegetables to the countries bordering the Persian Gulf, Iraq, Russia, and Europe. Iran’s four-season climate, with its incredible potential for harvesting any fresh fruit in large quantities, makes it the best producer of dried fruit in the world.

The use of the latest technologies in the world in packaging, including the controlled atmosphere, nanotechnology in packaging plastics, vacuum, and various organic preservatives has maintained the freshness and quality of Iranian agricultural products from origin to destination and final consumer consumption.

Dried fruits are a delicious and healthy snack that is rich in protein, vitamins, minerals, and dietary fiber.

Dried fruit is a fledgling industry. A few years ago, compared to today, dried fruit did not have a place in people’s shopping carts But today, due to changing people’s lifestyles and increasing awareness about the use of healthy nutrition, this product has attracted a lot of attention, and dried fruits and fruit chips have replaced low-value snacks.

A total of 4.07 million tons of fruits and vegetables worth $ 1.59 billion were exported from Iran during the year ending March 2019, which according to published reports increased by 9% in weight by export products and 35% increase in dollar value of exports in this category of products, respectively. We have witnessed compared to 2018.

In addition to the above, which are among the products with the most exports from Iran, Iran is the export source of various greenhouse and garden agricultural products. Products such as cauliflower, peppers such as bell peppers, melons, tomatoes, apples, strawberries, eggplant, oranges, and sour lemons and citrus fruits, medicinal plants are a small part of Iran’s agricultural export basket.